Attending Diversity in Tech is a huge priority to me especially considering recent events. I think it's more important than ever to show a united diversified front - everyone has the right to be who the want to be, live as they want to and work without threat of discrimination. As a sector, I believe that tech can lead the charge and be the prime of example of why diversity helps our businesses and culture succeed. 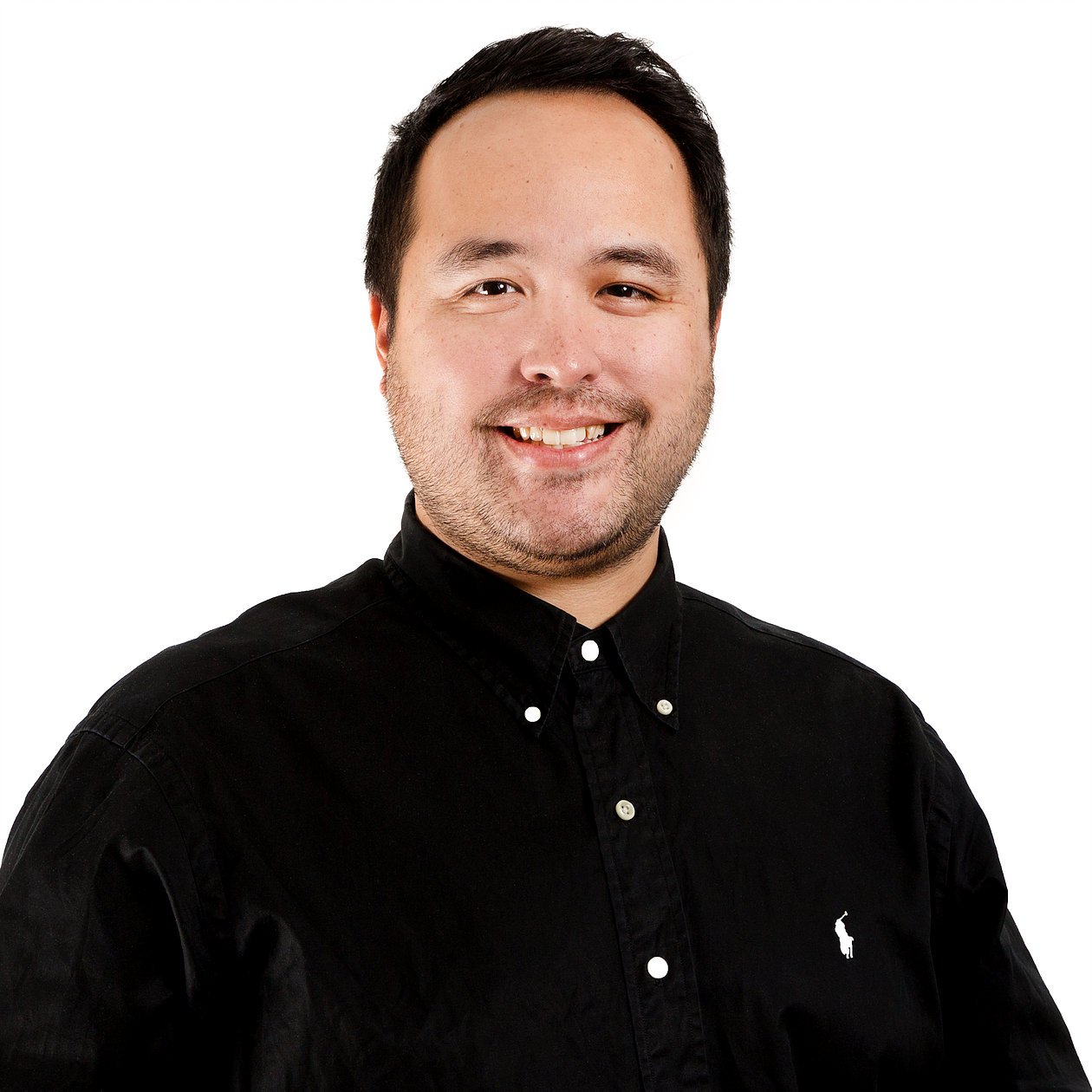 “No matter what Rylan, you are not white, so everything will always be more difficult for you.”

That's what my mum warned me about one day.

She was Vietnamese but spent a lot of her teenage years in Manchester, Carlisle and London after our family fled the napalm surrounding Saigon. She would tell me about how badly she was treated by the local white Brits in the seventies – being explicitly racist and aggressive to her. Thankfully mum was very street-wise and avoided any serious events. However it clearly had a lasting effect on her.

My father is White English so I’m mixed-race, and although both my first and second names are rare, both hail from Yorkshire; not somewhere you’d associate with the exotic. In fact you know the ethnicity options on forms? I’m the one that has to tick the last box next to “Mixed-Race Other”, which somehow makes me feel a combination of proud exclusivity and societal ostracism.

In my lifetime I can only count three blatant racial slurs thrown at me, none of them violent, but still memorable. Two occurred whilst living in York in the late 90s, and then nothing until last year when my sister and I walked past an Italian on Kingsland Road shouting ‘F****** C*****’ for no apparent reason other than intoxication and our skin color.

It was quite a shock to happen after such a long time, and we both reacted the same way – by laughing off the anger. It was such an abnormal event in an abnormally diverse city. And ironically coming from someone who clearly wasn’t a natural born cockney themselves.

But, these are the moments in my lifetime, that have been completely out of the norm. For the most part I have not been as victimized as my mother was. But what I can’t recall too clearly are the times where more subtle discrimination against me has taken place. I certainly haven’t kept a log on things, and I hope no one feels they have to do that.

In terms of the discrimination stakes, the odds were swinging against me after I formerly became a member of the LGBT Community. I did talk about my sexuality with my mum after I came out, however even though this happened around only eight years ago, she was initially upset, but I feel in many ways it was because of the increased potential discrimination against her son pushing down on his ambitions.

What is the impact?

So the big question is: has my race and/or my sexuality had an impact on my career?

My answer is: Yes, but not in the way you would expect. I think that as the UK has achieved quite a lot of progression I've been able to thrive - and probably wouldn't be where I am now because of it.

I’ve had five London based jobs in my 11 year professional career so far, in companies with a contrasting range of sizes and cultures. I don't think I ever knowingly suffered discrimination during applications, interviews and in situ in the:

In terms of my managers – It’s been an even split between male and female leaders. I’ve even had two openly gay directors. In all my roles I feel that I made an impact on the business commercially and hopefully culturally too. In fact I was fully supported by my manager Debbie Butler at ABRSM when I decided to come out.

With my English name and male gender I do think I have had a distinct advantage over my mother. If I took her maiden name and became Rylan Nguyễn my applications for jobs may have had different outcomes and could easily have been placed in another pile automatically.

My CEO says what he thinks...

I don’t think it is a coincidence that I’ve now been at Hootsuite for the longest time (nearly 4 years) out of all my jobs. How could I not be proud to work at a company where our CEO, Ryan Holmes, can challenge the organizers of DMEXCO, the German digital marketing conference, whilst on their main stage panel with six white guys to think more about gender diversity for next year’s event.

In fact I first met Ryan when I was invited to a Hootsuite Enterprise client dinner in London, and it was at that moment I decided: I need to work for this guy.

Our conversation at some point moved onto diversity in the workplace. I spoke about what it was like being gay in a law firm.

I definitely believe that SJ Berwin was very focussed on equal opportunities, and in fact had a very positive environment with strong diverse leadership. The legal industry is ancient though, and having to put forward such a corporate identity does mean you have to always be acutely aware of how you appear and what you talk about.

But Ryan said at the table:

"At my company everyone has the right to be themselves, no one should have any reason to hide anything.”

Since joining Hootsuite it has been great to confirm that Ryan’s beliefs are pretty much embedded in the culture. Hootsuite has been built from the ground up with diversity as a non-issue.

So in fact I don’t think I’d be where I am today if I wasn’t who I am. I've worked harder because of what my mother said, and I wouldn't have had that conversation with Ryan.

In the grand scheme of things I earn an above average wage in the UK, have a job that I wake up to every day knowing there’ll be a different challenge and don’t work in fear of being discriminated against based on race or sexuality. Performance and cultural alignment are all that count, and that is how it should be.

As I become more associated with our work in emerging markets, I do wonder how I might fair in countries that are not so LGBT friendly. In fact I could be executed in some.

I’m not an activist and I’ll never be a Peter Tatchell or Harvey Milk but I will always idolise the heroes that allowed people like me to succeed. It is these brave rainbow flag wavers that go into countries like Russia to try and make a difference, sometimes with horrendous consequences – but I think the private sector can also help change perspectives in emerging markets where diversity and inclusion can suffer.

There is a great report by KPMG (link to come soon) on the impact that globalizing private industry can have on culture. As I look to work with people in new territories, I typically only work with partners that match Hootsuite’s cultural beliefs, to help permeate the benefits and business value of a diverse and liberal working culture.

This I think is a small way I am able to drive change through my everyday work.

What does worry me is that looking at the generally right-ward shift across the world (with the exception of Canada with the fantastic Justin Trudeau) and the reaction against globalisation – we could go backward very quickly. Just look at Amber Rudd's recent plan to get corporations to report on nationalities of their workforces or the rise of Trump.

A fellow member of London Philharmonic Choir, who was part of the LGBT rights movements in the 80s, reminded me that everything they fought for can be taken away by one policy change. Article 50 of the Lisbon Treaty could just be that as the UK heads into unchartered Brexit territory and a more insular outlook.

What my mother went through is less likely, and I still don't think we are perfect in the UK by any means, but I do think there has been massive improvement in the last couple of decades around diversity, inclusion and equality.

I just hope my mother’s warning doesn’t turn back into a reality. Progress is happening today and everyone deserves an equal chance – no matter your background, race, gender or sexual preference. I've been lucky enough to be able to take advantage of the progress - and thrive in that change.

Thank you for attending Diversity in Technology 2017 Rylan! 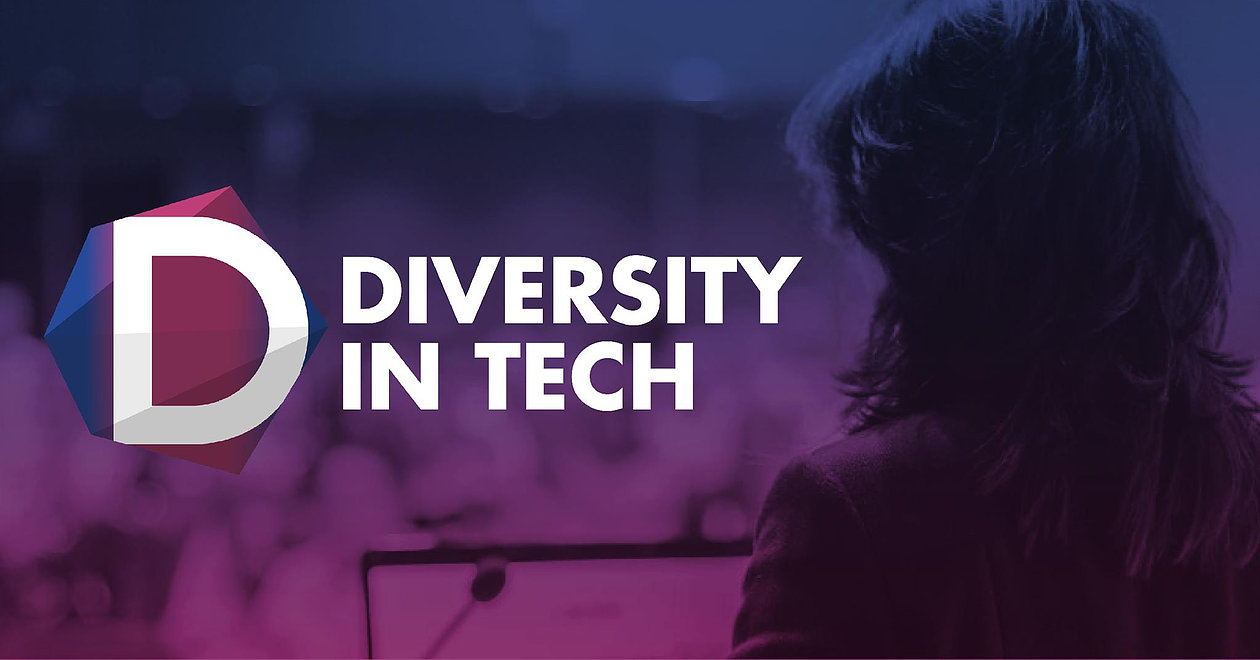 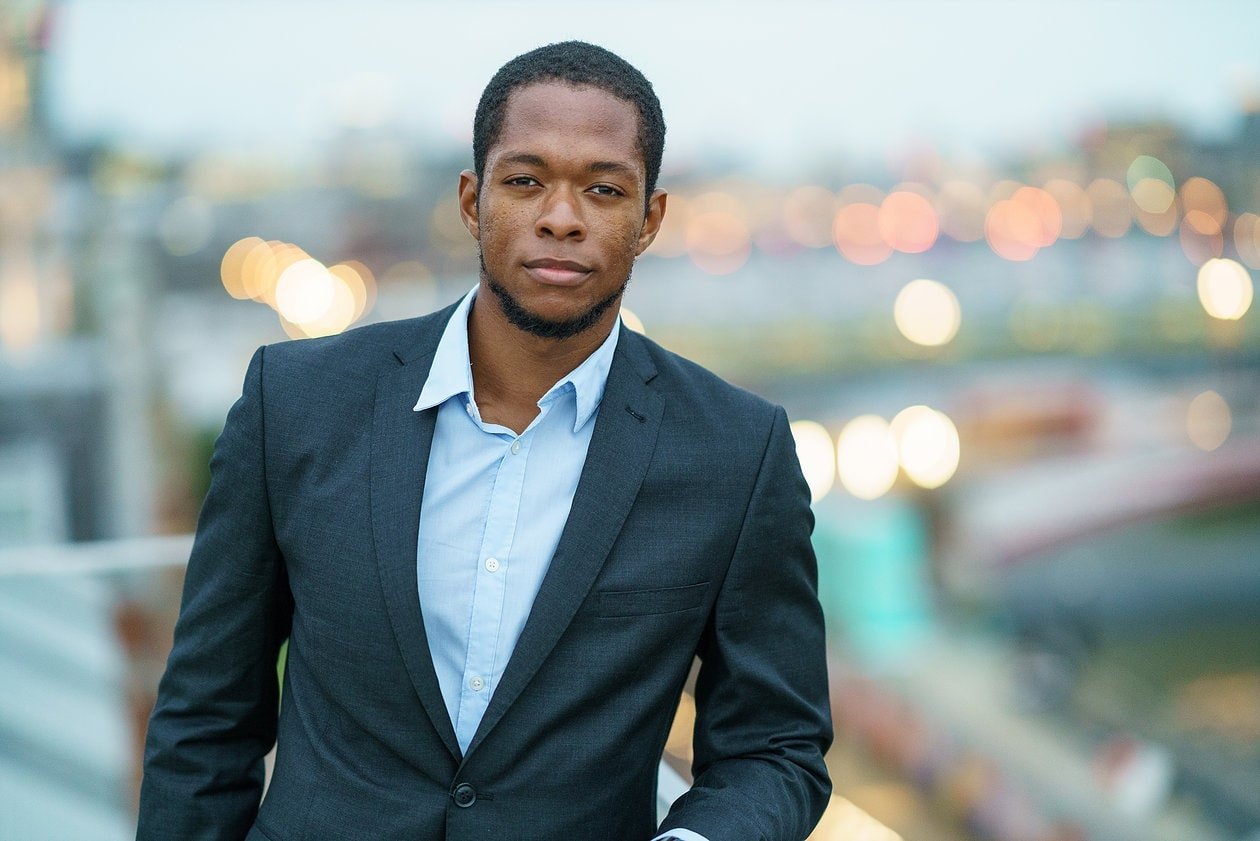 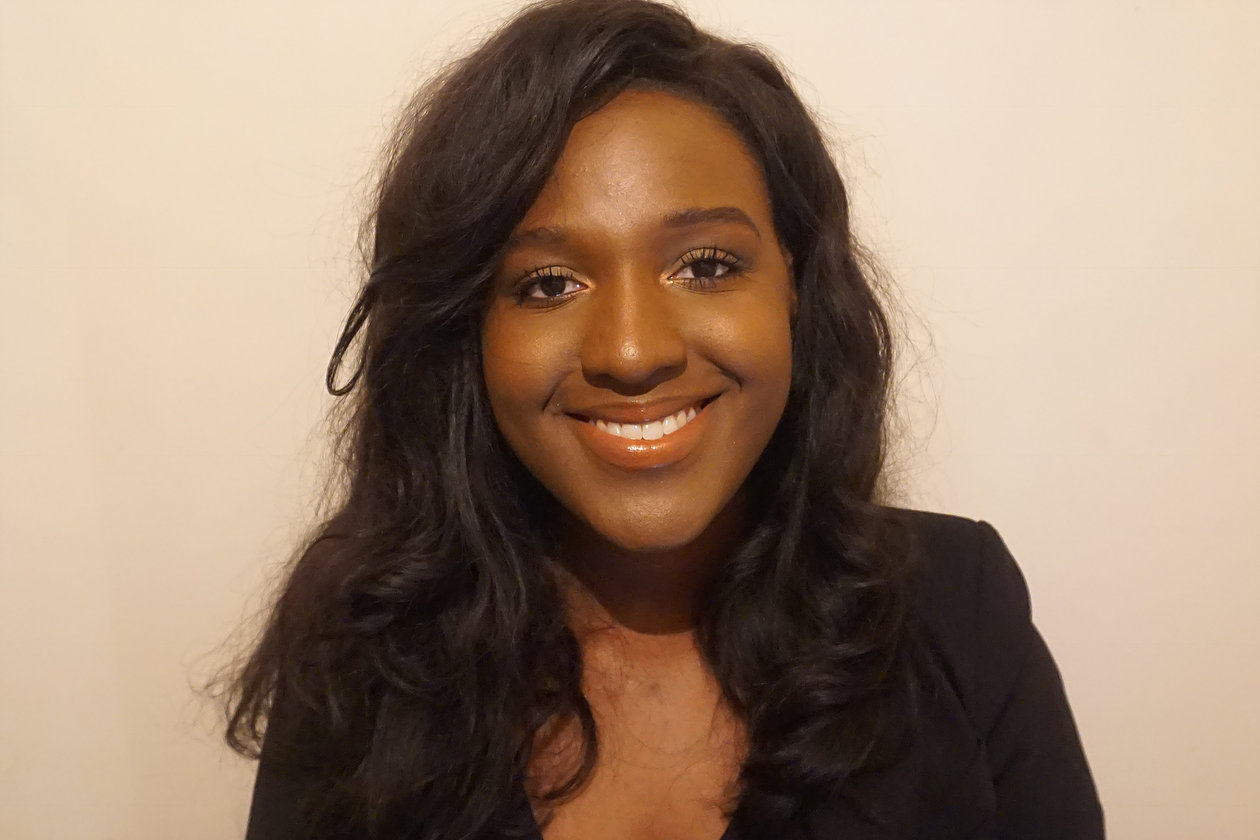 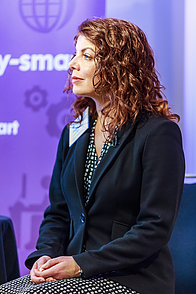 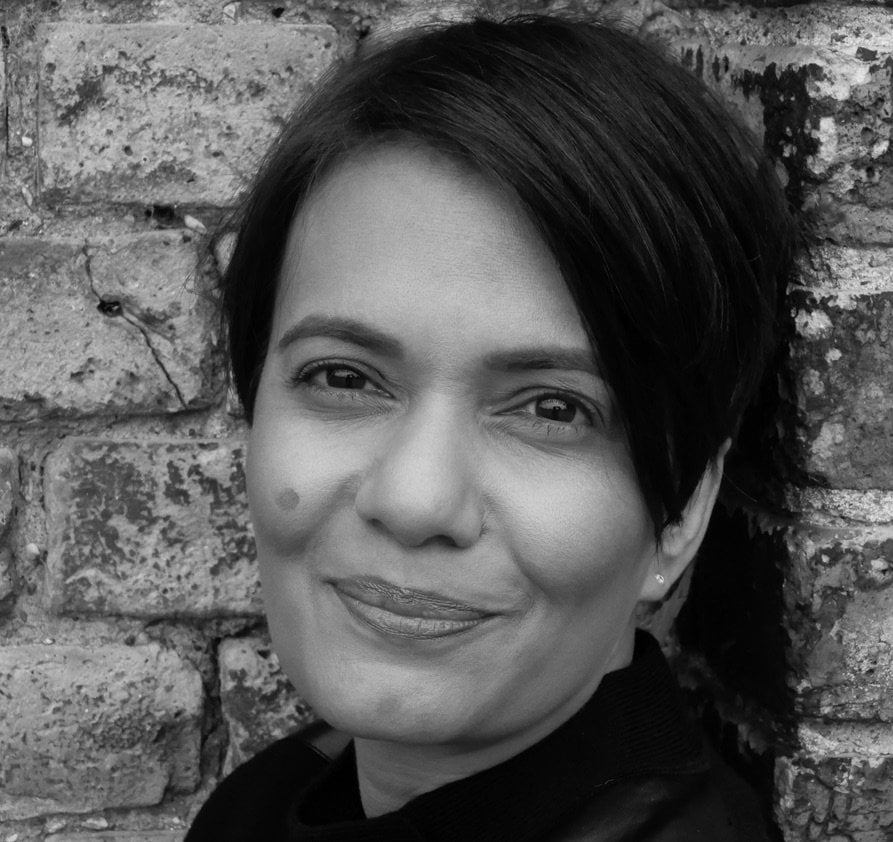 Weaving D&I into the Fabric of your Company 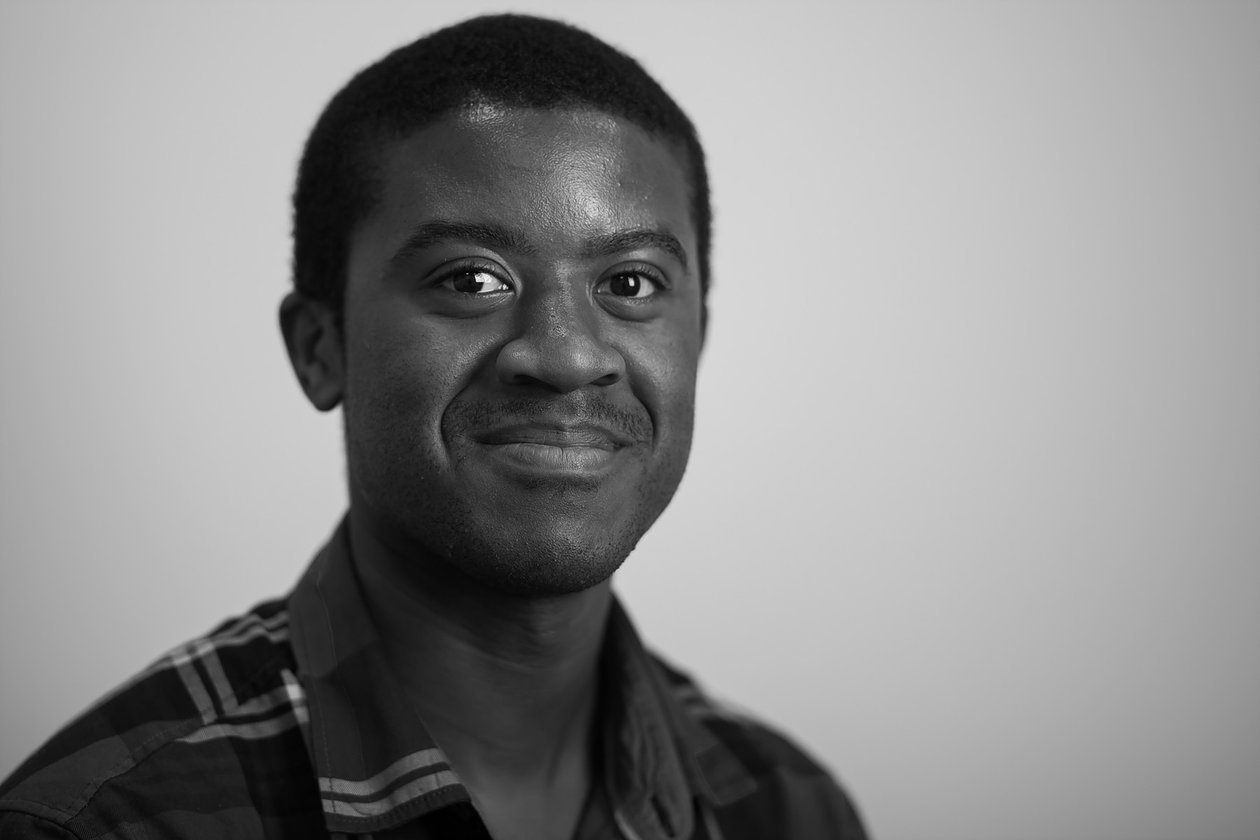 Cultivating An Inclusive Culture: Views from the Endz 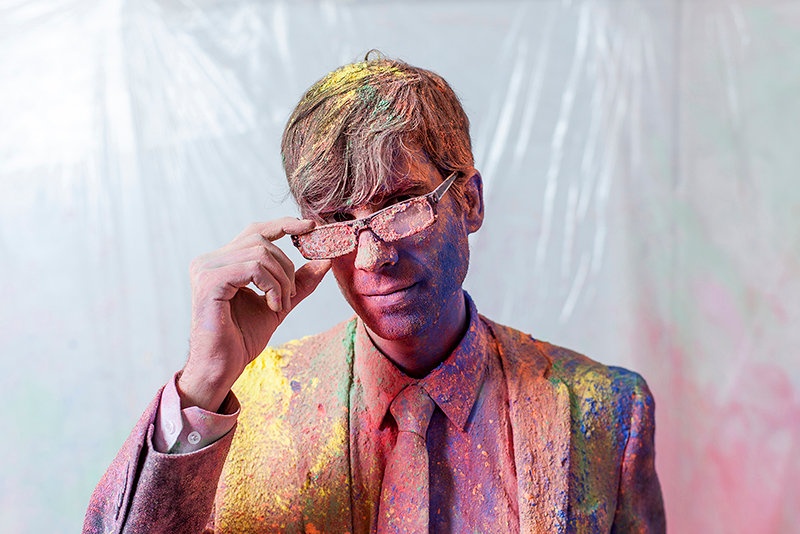 Having Dinner with Elon Musk 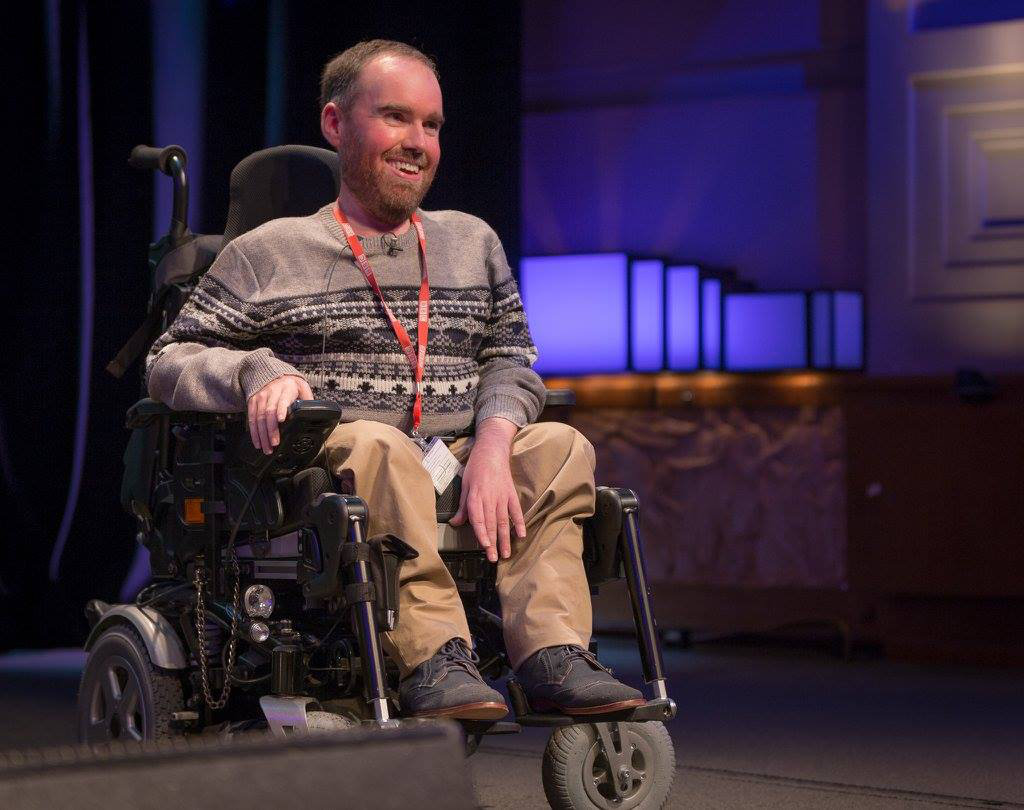 An Interview with the Diversity and Inclusion Lead at the BBC